So after a first hectic season under the new owner where the Jets went from a 4-12 record to a 15-1 record. But also went from 0 cap penalty to 70+ cap penalty after the controversial Clowney – Mosley trade. The backlash of which was felt by the team having to cut two players who made the pro bowl just to be able to sign Clowney to a long term deal. Fans were not to pleased with this especially after the team doing nothing in FA because of it and not having an early pick. The team still made a lot of moves to end up with 14 draft picks in the end.(all 14 of which ended up making the team)

First a small glimpse back to last season, all in all the season was way better then the fans expected. Regular season the team piled win on win, where especially rookie Cashman had one hell of a season. Ending up as DPOY and DROY but not making the pro bowl strangely enough. The post season was less succesful with two snow games where the Jets offense and especially Darnold just couldnt get going. The divisional round was scraped out in a divisional game vs long time rival @PatsUK but the team stumbled one round before the SB in a championship game vs another divisional rival @SnapDan who went on to win it all. All in all the people in Jersey were delighted with the season especially with the young core that remained in tact after the off season.

The fans were shocked to see Darnold traded after the season and even more shocked that he went to a divisional rival in @Bentom678910. The motivation behind the trade was rumored to be that Darnold saw ghosts in the play-offs which caused a vote of no confidence from the head coach for next season and the owner agreed. The response to the trade was one of mixed feelings, Darnold jerseys were burned on the street but the same people burning the jersey were already wearing the #17 of new franchise QB Josh Allen. Which let to a lot of excitement within the building.

The roster for the upcoming season is set and the Jets start the season with hope of a repeat of last season with a slightly better ending. However looking at the roster the Jets have an extremely young and unexperienced team which is cause for concern. Apart from the performance on the field this season will be huge because the Jets need to resign a couple of their biggest corner stones in Adams, Maye and Fuller V.  @PFL Coach 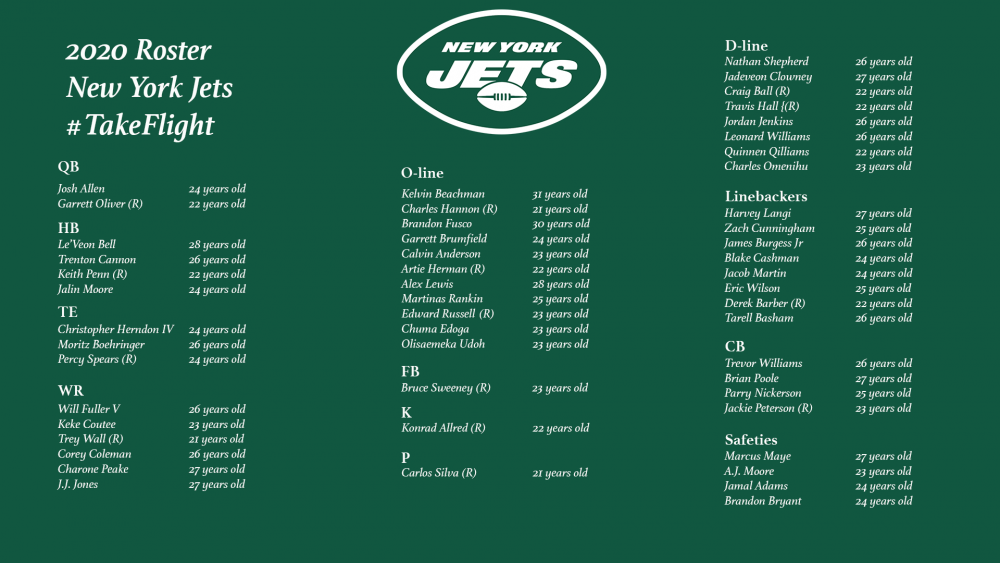